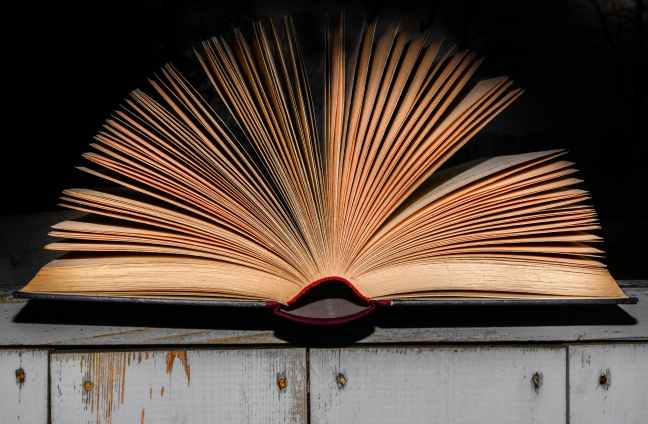 With the growing popularity of self-publishing and Indie publications, it is becoming more and more important for writers to know more than wordsmithing. It can be difficult to learn all the skills you need, like finding a Cover Designer or deciding on an Editor. Heck, trying to find Beta-Readers can be a whole new experience for a lot of writers. This is the second post in a series of How to Guides to help provide resources and guidance for writers.

Today is our How-to Guide on beta readers with special guest, Alex (he/him), who is an activist, artist, and sci-fi and fantasy writer in the United States. In addition to writing and activism, he loves to draw, read, travel, and watch movies. He is a self-identified geek and nerd and hopes to make a difference in life. Additionally, he beta readers for writers (myself included) and has had several people beta read his works.

Q: As a writer and a reader, why do you think beta readers are important?

Beta readers are important because they can provide you objective feedback on areas of your story that you need to improve on. We can become quite attached to our stories. As a result, it will be easy – even with multiple drafts and read-throughs – to discover issues that your story may have. That is why beta readers are critical. They will help you spot problems and issues that need to be improved on before your work is published.

Q: At what stage of writing a book should a writer look for a beta reader?

think it depends on the writer. Some writers will feel that they should seek a beta reader after the first draft (or after a few initial drafts) while others will seek a beta reader in the latter stages of the drafts. I have my own strategy, which I will detail below, but, ultimately, a writer should start searching when they feel that they are ready to have beta readers read and provide feedback on their work.

Regardless of which draft a writer starts looking for a beta reader, they should definitely begin their search before an editor reviews it – and long before the book is published. You want your story to be as polished as possible before you submit it to an editor and before you publish it.

Q: What should a writer consider before searching for a beta reader?

A writer should consider whether they are ready to receive feedback. Every person is different, but the process can be difficult and long. It is a worthwhile process that will help a writer grow, but, as I mentioned before, it can also be tough. So, I suggest writers to mentally prepare as much as they can for how difficult it can be. It’s fine to take a break before seeking beta reader feedback. Take as much time as you need. Do not rush yourself and be kind and gentle to yourself.

You should also think about how many beta readers you would like to have. There is no rule for this. Some writers have a few whereas others have many. I personally have had about 10 beta readers, because I’m a newer writer and want to get as much feedback as possible. You may desire to have fewer or more beta readers.

You should think about deadlines for beta readers. This should depend on how long your story is and when you need feedback by.

Last, but not least, I think writers should think about who they would like to beta read their stories. Personally, I like to ask writers who are more experienced than me and who write in a similar genre. Writers may want to consider asking non-writers to beta read, like people who read a lot of books in the same genre as their story.

Q: How much should a writer expect to spend or do in exchange for a beta reader read through?

Q: How do you recommend people find a beta reader? What are the things they should ask or discuss with potential readers?

I think they should first think about whether they feel comfortable asking people they don’t know or whether they prefer just to ask people they know. Some people feel comfortable asking strangers to beta read whereas some ask their friends and/or family. It depends on your comfort levels. The most important thing when it comes to going the latter route is whether your loved ones will be willing to give you honest and objective feedback. I’ve had friends beta read for me and I appreciate that they all have given honest and objective feedback (and their feedback has helped me a lot).

Writers should also let beta readers know what specific areas they would like beta readers to focus on. For me, I listed specific items I wanted feedback on, like pacing and showing vs. telling.

Writers should also let beta readers know of any potential triggers/provide trigger warnings and give the beta reader a general sense of what their story is about. That way, the beta reader will know if they would feel comfortable reading the story and be better prepared for its content.

Q: What do you wish writers better understood about beta readers?

I think writers should understand that beta readers are not editors. They help you become aware of issues that need to be fixed, but they can’t do everything that an editor does. Editors can be expensive, and I know that not all writers can afford an editor, but generally (if a writer is able to afford an editor), writers should not have beta readers take the place of editors.

Also, writers should consider all the feedback that a beta provides, but they ultimately have to decide what feedback to incorporate. At the end of the day, writers have to determine whether the feedback fits with their story or not (especially if there is conflicting feedback between two or more beta readers). Again, you should definitely keep an open mind and take all feedback into consideration. However, as the writer, it is up to you to decide what feedback to incorporate.

Last, but not least, I recommend not taking feedback personally. As I mentioned before, it can be tough to receive feedback. It’s okay to feel down. You can also take breaks – and it is a good idea to take a break between receiving beta reader feedback and editing. But, one should also remember that the feedback that beta readers provide is an opportunity for growth and learning.

Do you have other questions for Alex? Comment below and we will get you answers!